If your audio quality (both yours and the audio of other musicians) in a JamKazam session sounds good at the beginning of a session, but then deteriorates over time or suddenly changes during your session to sound wrong/bad all at once, the most likely cause is that your audio interface has lost sync with your computer's operating system, or that the audio interface of another musician in your session has lost sync with his/her computer's operating system. 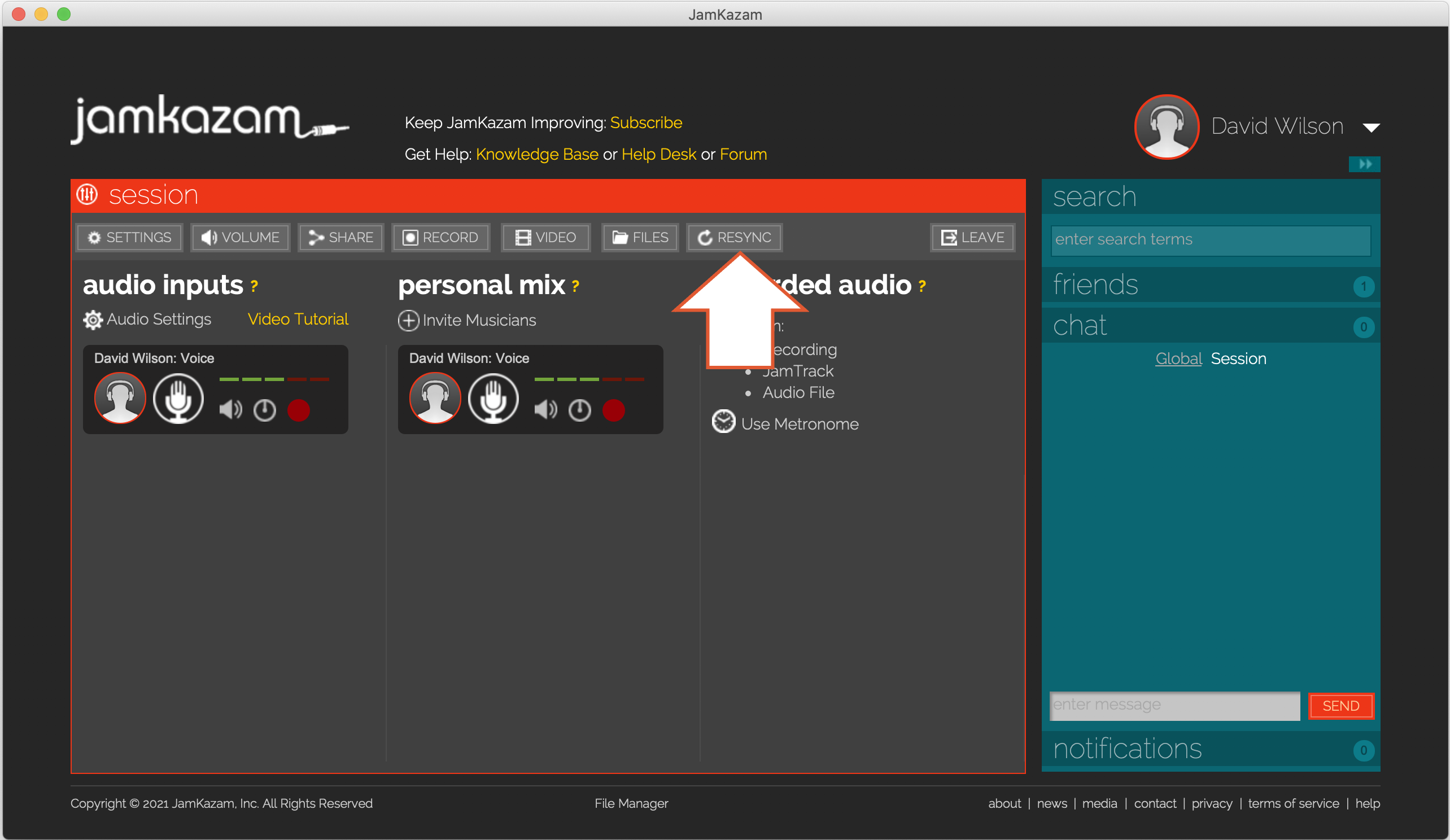 If your own audio sounds fine, but the audio of another musician in the session starts to sound wrong/bad, then we suggest that you ask that musician to click the Resync button in their own app - because that will restart their own audio interface, which is likely to have lost sync.

If none of these actions clear up the problem, then we'd suggest you refer to this help article on audio quality problems for additional troubleshooting steps.