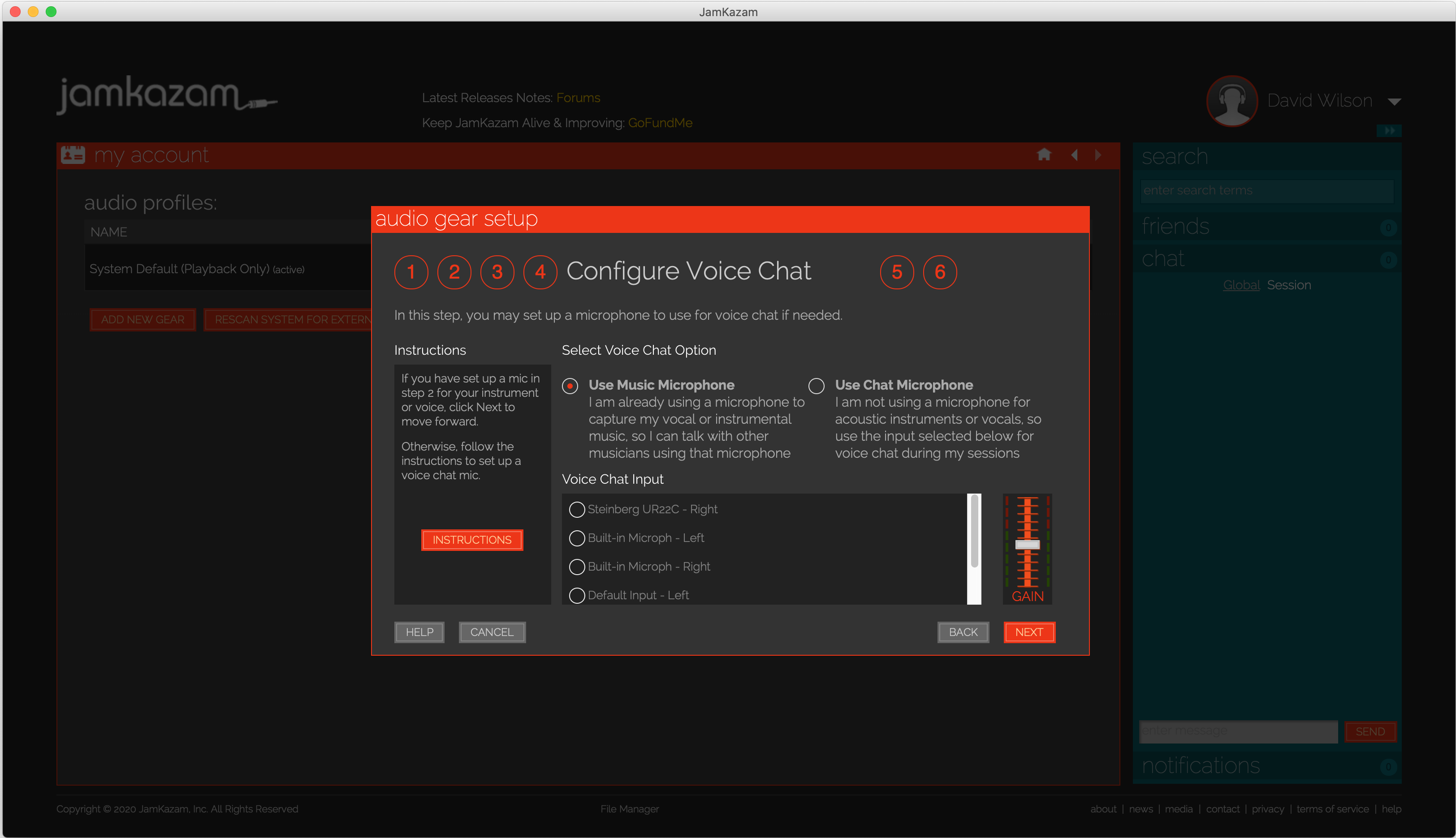 If you want to use option #3 to set up a chat mic on your Mac for talking in sessions, the instructions for doing this are below. If you're not going to set up a chat mic in this step, then you can click the orange Next button in the lower right corner of the wizard to move ahead to step 5.

To set up a chat mic on your Mac, first click the radio button labeled "Use Chat Microphone" (pictured below with arrow). This enables a list of microphone options from which you can choose. If your Mac comes with a built-in microphone (most but not all do), then the built-in mic is usually labeled in this list of options as "Built-in Microph" by the Mac system. The Mac system also gives options of "Left" and "Right" inputs, which frankly is meaningless. After you have clicked/selected the "Use Chat Microphone" radio button, you should next click/select the radio button in the Voice Chat Input list that is labeled "Built-in Microph - Left" (pictured below with arrow). This selects and activates the built-in microphone for chat mic use during JamKazam sessions. You can verify that the built-in mic is active by talking or generally making noise, and watch the lights on the Gain meter to the right of the Voice Chat Input list bounce up and down. 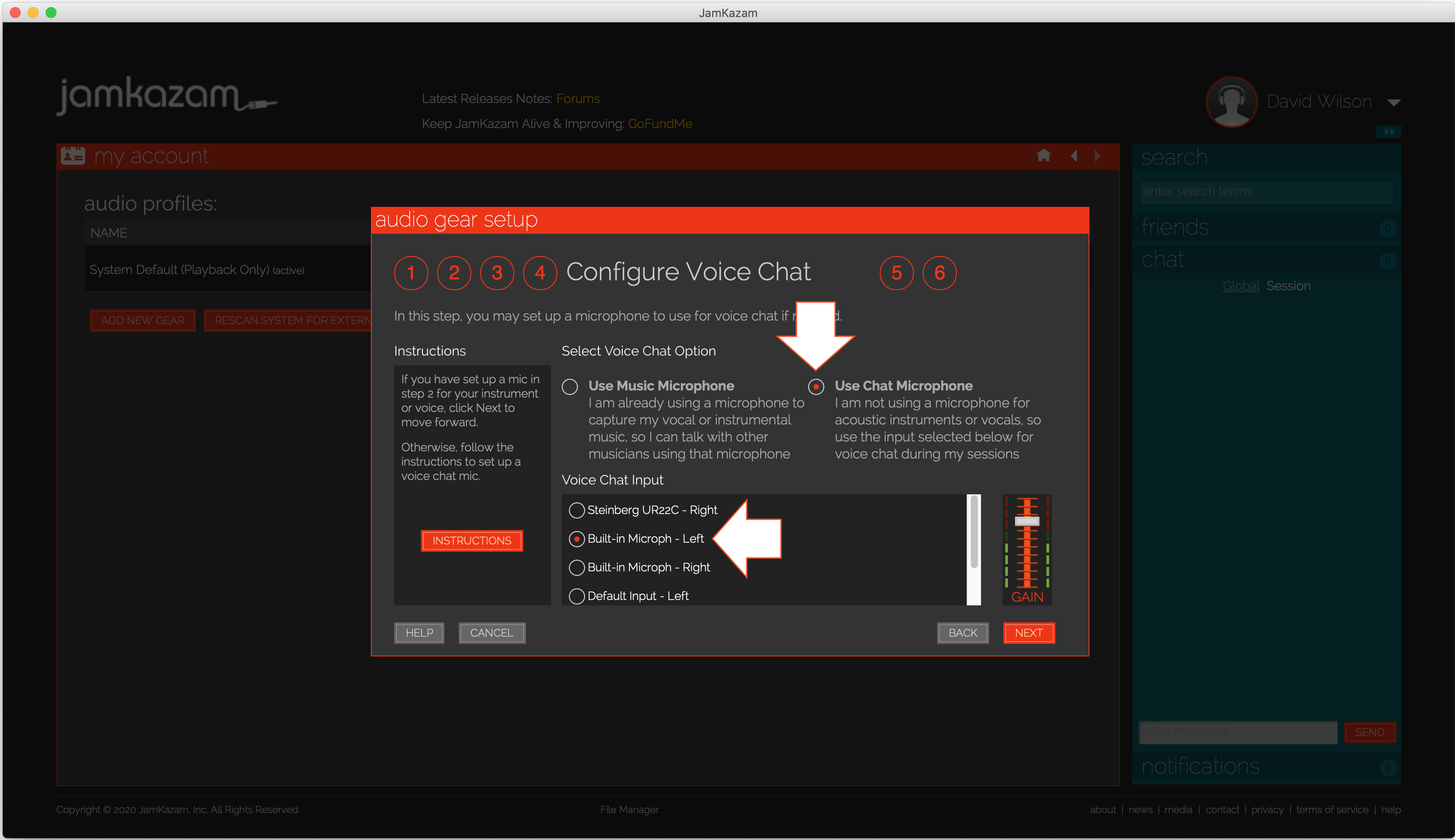 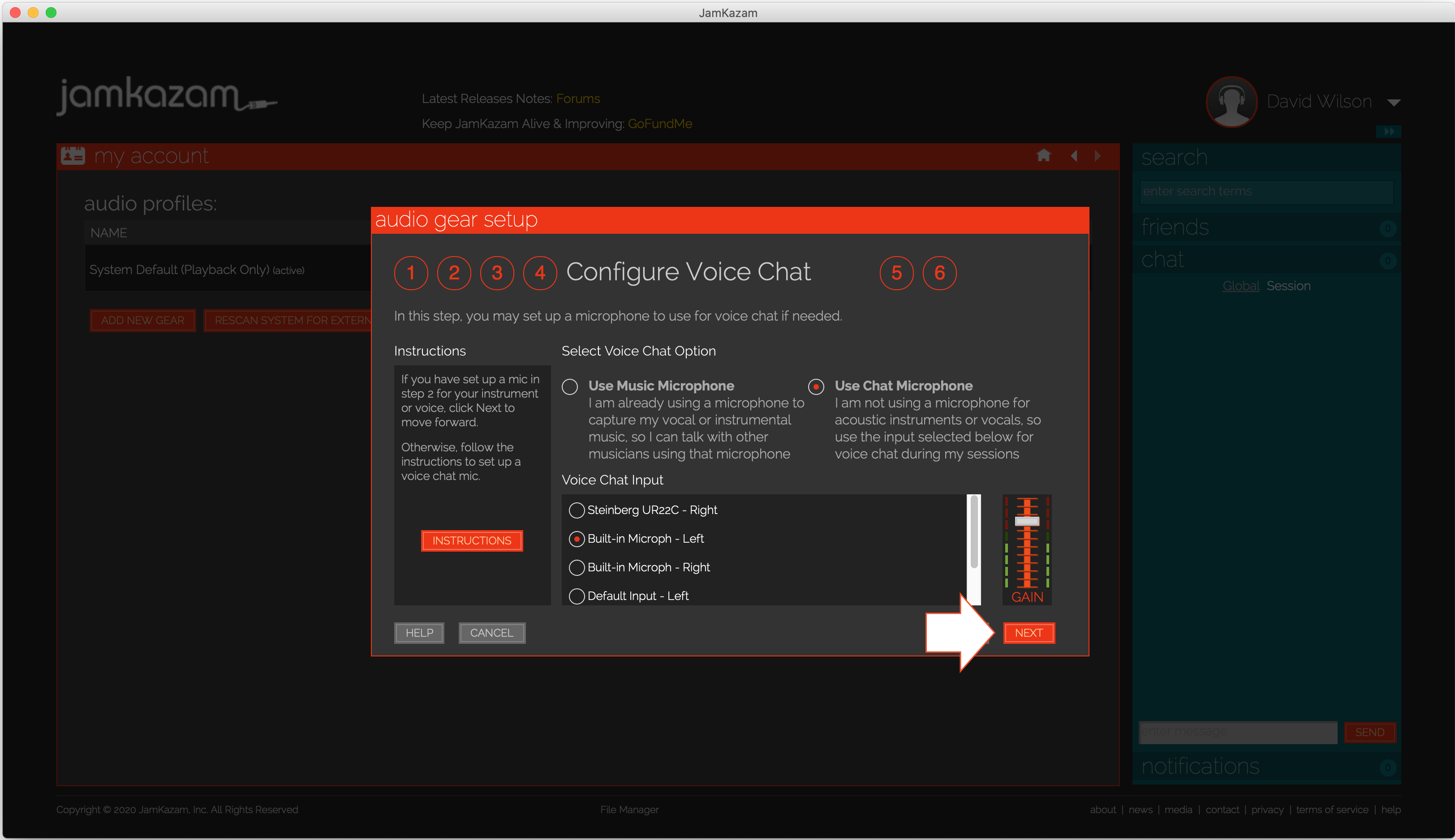