How Does JamKazam Work? Print

While there is potentially a lot of detail in the answer to this question, let's stick with a basic answer to the question, and this should be a good place to start.

To play in online JamKazam sessions, each musician in a session will have a computer, an instrument (and/or their voice if a singer), an audio interface (black hardware device pictured below in between the computer and guitar), a microphone (not pictured below, but needed for singers and to capture audio from acoustic instruments), and a pair of headphones (plugged into the audio interface). 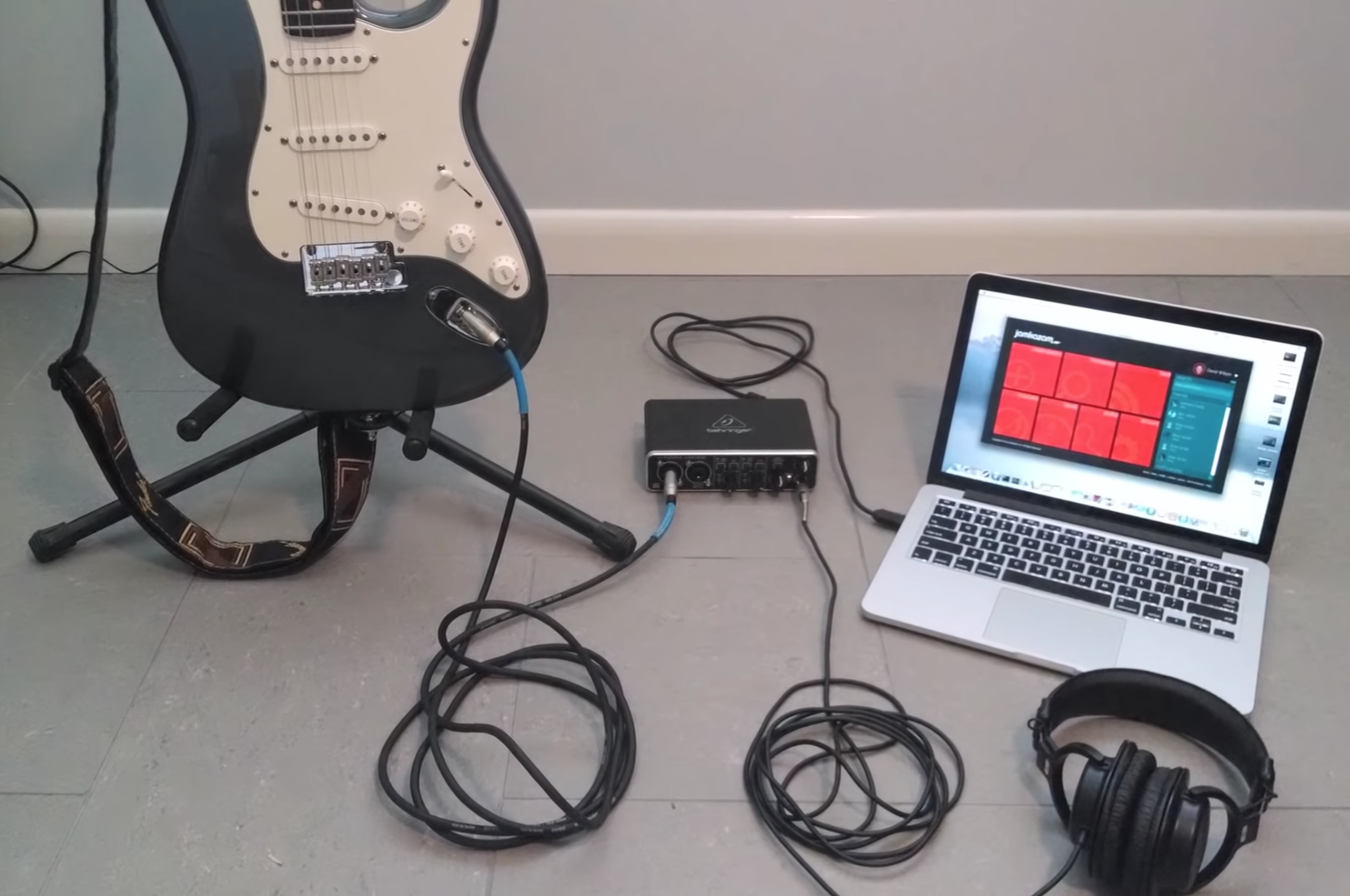 This audio processing ideally happens so fast that it sounds like you're sitting next to each other, playing in the same room. The degree to which this is possible depends on a number of factors. If you'd like to understand more about the concept of latency in remote music performance, here is a help article that goes into more detail.

In addition to audio, JamKazam supports video in sessions. Video is streamed among musicians just like audio, and each musician's webcam video is displayed within a video window. The format of this video window can be set as desired by each musician in the session. 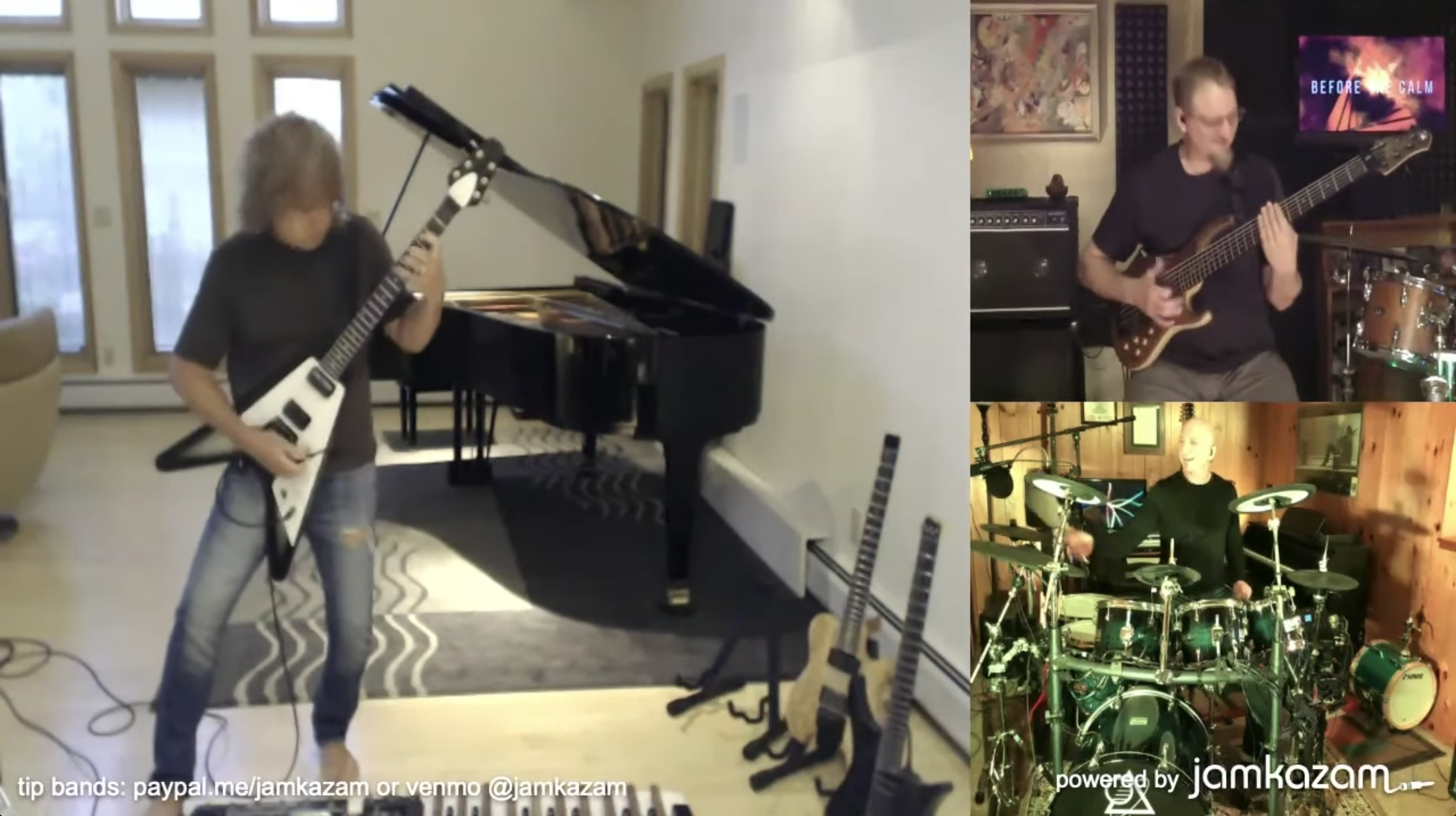 Interested in learning more? Learn next about "What Is Latency & Why Does It Matter"?